Low sentences and hundreds of thousands of euros in damages that the State does not claim.

The State does not claim compensation for damage caused by crimes committed against protected species. Penalties are at the lower end of the penalty range, sometimes even lower, and do not deter offenders from illegal activity. These are some of the main findings of the “National Report on Illegal Activities Targeting Protected Species“, in which WWF Slovakia analysed crimes and offences in the area of poaching and violation of plant and animal protection, including illegal trade in endangered species for the period 2015-2020.

“The report shows that in the majority of crimes against protected species, the perpetrator is not identified. A large part of cases where the perpetrator is known ends with a conditional termination of criminal prosecution, a plea bargain, court settlement, or assignment of a case to administrative offence proceedings. The analysis shows that few cases are brought to court, and even then the sentences issued are surprisingly low in some cases. These findings alone are not good news for society and still, we have to take into account the fact that many cases are not reported at all,” says Miroslava Plassmann, CEO of WWF Slovakia.

During 2015-2020, 1.781 poaching offences and 738 plant and animal protection offences were reported in Slovakia, out of which the majority are unauthorised vehicle entries, while plant and animal protection offences account for 271 cases. The most frequent was illegal killing of animals, including poisoning. The victims were mainly large carnivore species, i.e. brown bear and grey wolf and birds of prey, such as common buzzard or saker falcon. The most common punishment in cases that were brought to the court was suspended imprisonment.

In the case of offences, information on 571 cases involving protected species were collected for the reported period. Violations of CITES legislation governing international trade in endangered species and parts thereof were prevalent, particularly in relation to parrots, birds of prey, turtles and large carnivores.

Offences against the Nature and Landscape Protection Act involved mainly damage to breeding and resting places of animal species, destruction of nests and insufficient documentation on the origin of protected animals. Destruction of swallow’s or bats’ nests during renovation work carried on the buildings can be given as an example.

“We consider it particularly serious that damage caused to society by wildlife crimes is claimed by no one. This is a finding that has emerged from the analysis of the crimes. The ‘deterrent’ effect on the perpetrators of these acts is thus much lower. Moreover, the state loses money that could be used for nature protection, for the period under review it is in the realm of hundreds of thousands of euros,” says Pavol Žilinčík from WWF Slovakia.

The analysis of the cases that were brought to the court has shown that although the criminal court finds the perpetrator guilty and states the amount of damage, it does not decide on its compensation. In the judgment, it refers to the injured party (the state represented by the district authority), to recover the damage in a separate civil procedure. WWF Slovakia contacted 50 district authorities and found that no damage was claimed in civil proceedings in any of the cases. Representatives of the authorities cited insufficient professional and staff capacities as the main reason.

The recommendations of the National Report thus include:

On the other hand, the increasing trend towards specialisation of the authorities in prosecuting this illegal activity is a plus point for the Slovak Republic. 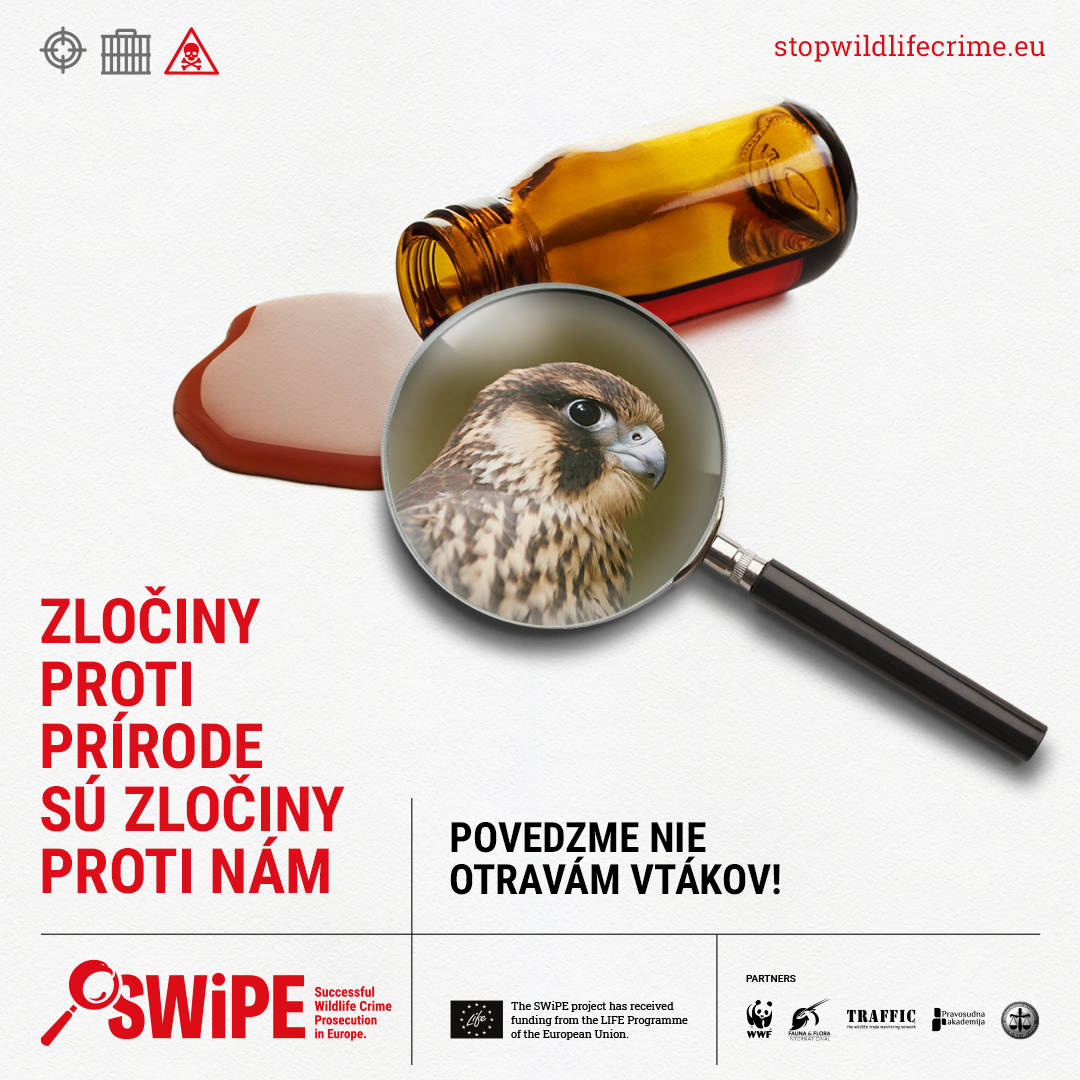